Reading books about other places and cultures opens up a previously unknown world for children and adults alike.

Picture books have an added dimension:  a visual feast within their illustrations.

As I mentioned in a previous post, Giving Our Children the World, I want my children to be world travelers, even when we don’t have the ability to go far from home.

Travel is available to anyone with a library card.

The following is a list of beautiful picture books to help you get started on your journey. Anno’s U.S.A. by Mitsumasa Anno. If you have never traveled through one of Anno’s wordless picture books, you are missing a special adventure!
You Can’t Take a Balloon Into the Metropolitan Museum by Jacqueline Preiss Weitzman and Robin Preiss Glasser. Another wonderful wordless picture book adventure, this time in New York City.
Song of the Swallowsby Leo Politi. A beautiful book introducing children to California’s centuries-old Latino heritage and Mission culture.

Netherlands:
The Boy Who Held Back the Sea by Thomas Locker

England:
Madeline in Londonby Ludwig Bemelmans
James Herriot’s Treasury for Children. This collection of illustrated stories by the author of All Creatures Great and Small is a favorite in our home!

France:
Anatole by Eve Titus. This Paris mouse will steal your heart.
Adele and Simonby Barbara McClintock. The rich illustrations make this book a treasure!
Madeline by Ludwig Bemelmans. Always a classic. Poland:
The Cats in Krasinski Square by Karen Hesse

India:
Monsoon by Uma Krishnaswami
The Drum: A Folktale From India by Rob Cleveland

Japan:
A Carp for Kimiko by Virginia Kroll
I Live in Tokyo by Mari Takabayashi. An incredible introduction to Japanese life with lovely, bright illustrations.
Kamishibai Man (and other titles) by Allen Say. Beautiful quiet stories with subdued illustrations.

Mama Panya’s Pancakes: A Village Tale from Kenya by Mary Chamberlin
We All Went on Safari by Laurie Krebs
Ashanti to Zulu: African Traditions by Margaret Musgrove
The Gift of the Sun: A Tale From South Africa by Dianne Stewart
The Day of Ahmed’s Secret by Florence H. Parry. A boy on the busy streets of Cairo This is Australiaby Miroslav Sasek. Be sure to check out other titles in the author’s nostalgic children’s travel series.

For older children, find a list of chapter books organized by country here on my blog, Mt Hope Chronicles.

“The world is so empty if one thinks only of mountains, rivers and cities; but to know someone here and there who thinks and feels with us, and though distant, is close to us in spirit – this makes the earth for us an inhabited garden.” ~Johann Wolfgang von Goethe

Which picture books have taken you and your child on a memorable journey to another country? 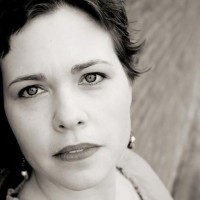 Heidi documents Living Lovely at her blog, Mt. Hope Chronicles. There she celebrates (in words and images) her journey as wife, homeschooling mother of three rambunctious boys, photographer, book collector, and lover of the little things.