Let me introduce you to the Bourque Family of Montreal, Quebec in Canada.

I’ve known Aimee Wimbush-Bourque since the start of both our blogs, and you’ll recognize her as the voice behind all the creative recipes over on Simple Bites.

So get ready to hear about her family’s lovely homestead, and one of the world’s happiest countries. Photo by Tim Chin Photography
We love adventure, the Great Outdoors, cooking and travel. We’re currently on a mission to visit every province and territory in Canada. This summer we’ll explore Newfoundland!

We live on the outer edge of Montreal, the largest French-speaking city in North America. And I really mean the edge! Our little homestead backs onto a maple forest and in spring we tap the trees to make maple syrup. We’re also close enough to the city to enjoy its festivals and attractions.

We (the kids) were all born here in Quebec. We have so many cousins here, that we’ll probably stick around forever.

Canada is consistently ranked as one of the best countries to live in the world and we agree! This is largely thanks to factors like high rate of life expectancy, very lower murder rates and wide cultural diversity acceptance. We’re also one of the world’s happiest countries. 🙂 Quebec is a bilingual province, meaning both English and French are spoken here, although most signs are in French only.

My mom even dedicated a whole chapter to maple recipes in her cookbook, Brown Eggs and Jam Jars.

Then there is the very popular poutine, which is French fries with gravy and curd cheese. It’s amaaaaaazing.

In fall we pick a lot of apples and make everything from apple sauce to apple cider.

One of our family’s favorite foods is Make-Ahead Steel-Cut Oatmeal with Maple-Stewed Berries. Well we get the four traditional, story-book seasons. With fruit blossoms in spring, a thriving garden in summer, a truly spectacular display of fall foliage, and a winter with plenty of snow.

Our pond freezes over each year and we all skate and play hockey together. This is the boys’ favourite season. Both French and English schools exist here and bilingualism is encouraged throughout.

Our boys walk to their neighborhood French school where all their studies are in their second language. It is a music-focused public school, so there are always concerts to enjoy throughout the year.

Are there any special festivals or traditions you’d like to tell us about related to where you live?

In spring, the large maple farms host ‘sugar shacks’ and most everyone flocks to these to feast. The menus are traditional Quebec fare: split pea soup, tourtiere (meat pie), pancakes, omletes, hash browns and sugar pie.

Everything is doused in maple syrup, of course! Some people call ‘sugaring off’ the fifth season, but we call it the sweet season. We love Salmon Creek by Annette LeBox. It takes place in British Columbia, but every Canadian is familiar with the annual salmon run. Thank you so much, Bourque Family! 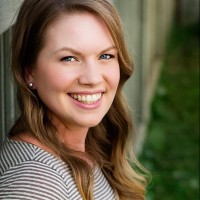 Danny, an engineer, and Aimée Bourque, a food writer, are high school sweethearts living in Greater Montreal, Quebec, Canada. Together they are raising Noah (10), Mateo (8) and Clara (4) along with two cats and six brown hens on a semi-urban homestead that opens onto a maple forest. Their passions include forging a healthy family food culture, world travel, exploring nature and modern-day homesteading. They blog their ever-evolving journey at Simple Bites and have published a cookbook, Brown Eggs and Jam Jars: Family Recipes from the Kitchen of Simple Bites (PRH, 2015). Their second cookbook, The Simple Bites Kitchen, will be released in Fall 2017.

Making sure YOU fit into the homeschool plan
Next Post: Weekend homeschool links