The following is a post by contributor Angie Kauffman of Real Life at Home.

While I have always been extremely interested in child-led learning, it’s been one of those things that just doesn’t seem to flow in our home. Despite my desires for it to be otherwise, it seems that a primarily child-led approach just isn’t going to happen.

I finally had to evaluate why it doesn’t work for us, and if there was anything I could do about it.

I have found two reasons that it doesn’t work out well in my house.

The first is that I like to plan our studies. In this way, I have often wondered if my two education degrees have been more of a hindrance than a help to our home education.

The second, and more important issue, is that my kids and I have something in common: they also like it when I come up with a plan of study for them.

If you’ve found yourself in the same situation, don’t give up on a child-led style of learning quite yet. These options might not look like what you had originally envisioned, but they just might be the perfect fit for your family.

Child-led learning doesn’t have to be all or nothing. If you’re naturally bent to want to come up with more formal lesson plans that you’ve initiated, you could hand over the reins to your children for just a portion of the subjects that you normally study in your home.

This could mean implementing a plan where studies are half parent-led/half child-led.  It could also just be where your child takes more of a child-led, or even unschooling, approach in only their favorite subject(s).

Ask for your child’s suggestions and feedback

In order to help give my kids an ownership of their education, I have always asked for their suggestions prior to planning each school year.

I never promise to do all of those things, but I do try to make as many things happen as possible.

At times, they don’t seem to have any suggestions, and just offer up an “it all seems good to me, Mom.” To help them at those times, I give them options such as, “Would you prefer if we did X or Y?” That usually causes a lightbulb moment for them, and sometimes even makes them say, “Wait. Can we do Z instead?” They just needed a little guidance, and that’s okay.

In addition to asking for suggestions before a new school year, I have also always asked the kids what they think has worked well and what hasn’t worked well as we finish up each school year. Having gone to public school before we began homeschooling, they were very surprised the first time I posed this question to them at the end of a school year.

Even though they were young at that time, they looked so grown-up as they shared what they had enjoyed and what hadn’t worked so well for them. That grown-up look, I realized later, was the look of pride in having some ownership of their education. Show your children options for curriculum and resources

As my children have gotten older, I have really enjoyed not being the only one to make curriculum choices.

If you’re like me, you feel a lot of pressure to make all of the “right” choices. Now, however, I can research and find what I think are some of the best choices for our family. Then, I talk to my kids about all of those options to gauge which sounds the best to them.

In this way, they are leading the direction we take throughout the year, even if I’m the one writing out the daily plans.

For the coming school year, for example, my middle child had already expressed his displeasure at our history resource that we had been using. He studies history with his older brother, since they are just one grade apart. My older son was happy with what we were using, but was also very open to switching it up.

I narrowed down what I felt were our best options from a variety of approaches including resources for unit studies, a literature-based curriculum, a classical/cyclical approach and two textbook options.

After a lot of discussion with me and with each other, I was surprised when they were both excited about one of the textbook options. Without their feedback, I might have chosen another option. In this way, however, I gave them that chance to lead the direction of our history studies for next school year.

If you are not currently using a child-led approach in your home education, what are some things (little or big) that you are doing to encourage your children to have more ownership over the education? 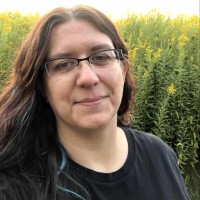 Angie, a domestically challenged nerd, writer, and mom of three very fun kids, is the founder of Real Life at Home, as well as the Real Life at Home Podcast. She loves music, lives on caffeine, and is married to her best friend. Angie can also be found on Facebook, Pinterest, Twitter, Instagram, and Google+.

Monday links: The Little House edition
Next Post: Confessions of a non-classical reader