“Remember, girls,” I say to my daughters, looking them each in the eye (I actually have to look up at two of the three now—when did this happen??), “we do not say THAT WORD here in Cambodia. Got it?”

The next day, we’re out and about, and yet another stranger asks, “Wait, so … do they go to school …?”

The girls smile sweetly, turn their angelic faces to me as one, and let me answer.

“I used to be a teacher, so I teach them at home.” This new line of mine seems to be working. Awkward situation averted. Moving on.

“Is it fine that you’re not really telling the truth?” my youngest (10) wants to know.

“Which part of that statement isn’t true?” I say, eyebrows raised.

“Excuse me. I teach you a lot of things. They just aren’t normal school things. Am I right?”

She shrugs her shoulders, presumably thinking of all the things she’s taught me today about Harry Potter and French (learning one new language at a time wasn’t enough, I guess) and peeling/cutting mangos just so.

“The Cambodians just don’t get the whole unschooling thing,” I say. “It’s way too complicated to try to explain.”

Once upon a time, I taught third grade. When our first daughter was born in 2000, I quit teaching to be a full-time mom with plans to eventually homeschool her.

Turns out, by the time she was ready for kindergarten, I was more than ready to send her to public school, and I did. Her younger sister followed the next year. And four years later, baby sister did too.

The story of how our family evolved from public school to homeschooling to unschooling is a fun one, but a long one – (read my e-book, An Unschooling Manifesto, for the whole tale). So how about I answer a few burning questions you might have about how our family makes unschooling work?

First of all, what in the heck is unschooling?

Here’s the definition according to homeschooling guru John Holt:

“When pressed, I define unschooling as allowing children as much freedom to learn in the world as their parents can comfortably bear.”

Unschooling basically questions why we do school the way we do.

And then it goes a step further and questions homeschooling, too. It asks things like:

Aren’t you afraid for your kids and their futures without a “proper” education?

Nope. None of my kids are of graduating age yet, so I don’t have a true “success story” to share. But let’s take my 15-year-old for example. She is a gifted artist and has dabbled in writing.

We moved to Cambodia in January 2015 and, by the end of the year, she was fluent in the Khmer language (both speaking & reading/writing). She’s now teaching herself Thai using a free online app. Her dream is to be a translator/teacher, and she’s already doing it.

She teaches two English classes a day to Cambodian kiddos and translates for various people on a daily basis. At age 15.

Does unschooling only work for really smart kids?

Nope. As their mom, I think all of my girls are smart. Yet one of them struggled with traditional school: spelling, math, test-taking.

She’s now thriving in an environment where she can focus on her strengths, not her weaknesses. And she’s one of the most beautiful writers I’ve ever read when she’s not worried about whether everything is spelled correctly or not. So … do you really not do ANY schoolwork?? What do your girls do all day?

But we used to have a more normal, relatable life.

Before Cambodia, we lived in an apartment complex with 300 other families, most of them Somali refugees. When their friends were in school, our girls would: read books, play Minecraft, run errands with me, journal/write, shop for/cook food, do household chores, help our Somali neighbors with their babies, and learn stuff online when they wanted to know something.

I don’t know what the law is where you live. I used to live in Ohio, and in lieu of testing, I could have a certified teacher evaluate my kids at the end of the school year.

Two of their former public school teachers actually interviewed/evaluated them and gave them glowing reports.

So what questions do you have about unschooling? Ask away in the comments! 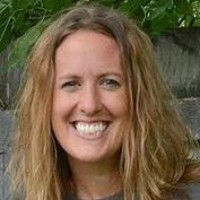 Marla, her husband, and their three unschooled daughters live and work in Siem Reap, Cambodia. Read more here and follow her family's adventures on Instagram.