The following is a guest post by Corinne Jacob of Alternate Tutelage.

I started reading Harry Potter at around the time the third book was released; it was the first one I read, and remains my favorite to this day.

By the time the seventh book was out, my entire family was hooked.

We waited eagerly for its release and bought our copy almost the day it was out, my father getting to it first. My younger brother started on it the minute he got back from school, while I could only begin reading once I got home from college.

There was only one copy of the book, and none of us was willing to wait for the others to finish with the seven hundred-plus pages. The solution?

All of us read it at once. Each of us twisted into weird contortions holding open the chapter we were on, trying not to disturb our fellow readers who were on different chapters.

We are all voracious readers, but no such craze has gripped our household since.

And I can’t help but acknowledge that the same story without the magic could not have had the same effect on my family. After all, how can you be gripped by edge-of-your-seat-suspense when reading about normal events in a familiar, predictable world?

It is only in fantasy worlds, where anything can happen, where the unexpected is always expected, that the sense of wonder and amazement is kept alive. Stripped down to its basics, the stories are about the same core values – integrity, courage, loyalty and bravery.

But without fire-breathing dragons, hobbits and talking animals, the stories could never be the same.

The fantasy worlds created by authors and filmmakers through the years have done a wonderful job of drawing children in and keeping them hooked.

Here are some of the top fantasy worlds that kids the world over adore:

This fictional land created by J.R.R. Tolkein in his books The Hobbit and The Lord of the Rings series, is very real to fans of the stories.

Made famous by the blockbuster movies by Peter Jackson, Middle Earth is inhabited by fantasy creatures such as elves, dwarves, hobbits, ents, orcs, goblins, trolls and scores of other magical creatures.

However, all is not well in this fantasy world. It is witness to numerous struggles for power, and fights between evil and good. 2. Hogwarts School of Witchcraft and Wizardry

However, the existence of magic, witches and wizards is kept carefully hidden from ‘Muggles’ by various charms and spells.

People gifted with magical abilities go to study more about their powers in various educational institutes, of which Hogwarts is the focus in this story. This is where Harry Potter learns about his history, makes friends and changes the future of the world he lives in.

3. The Island of Berk

Located somewhere in the Northern Hemisphere, this island was frequented by dragons thousands of years ago.

In How to Train Your Dragon, Cressida Cowell tells the story of young Viking Hiccup who painstakingly learns how to train his dragon, and then writes a book about it.

The story is rather different in the movie adaptation of the novel, where Vikings are taught to fight and kill dragons. Hiccup accidentally learns that dragons can be rather friendly creatures, and is then faced with the Herculean task of convincing his village folk to see the fire-breathing beasts in the same light.

The world of Narnia, created by C. S. Lewis, is inhabited by a wide variety of mythical creatures and talking animals, and is looked after by the talking lion Aslan.

As in most other fantasy books, the protagonists are ordinary people who find themselves in a position of great responsibility and power due to circumstances.

Four siblings discover a magical opening into the land of Narnia, where they and their friends must help Aslan protect Narnia from evil and return the throne to its rightful line. The fantasy land of Oz is another favorite with kids the world over. Created by L. Frank Baum, it is a magical land inhabited by fairies, gnomes, human beings made immortal by Lurline, a few mortal human beings who were not present in Oz during Lurline’s enchantment, witches, wizards and a wide variety of animals.

The story follows Dorothy Gale, whose house was blown into Oz from Kansas by a tornado. Dorothy travels through the land in an attempt to get her house back, having many adventures along the way.

But to give credit where credit is due, the magic of these fantasy worlds come not from their gifted inhabitants, but from their creators.

With their masterful storytelling, both on-screen and through the pen, these magicians have successfully woven an enchantment around their worlds that will continue to bewitch families like mine for generations to come. 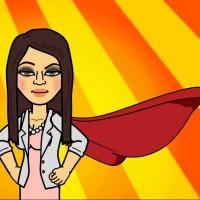 Corinne Jacob is a wannabe writer who is convinced that kids learn best when they’re having fun. She is constantly on the lookout for new and exciting ways to make learning an enjoyable experience. Corinne loves all things that scream out un-schooling, alternative education and holistic learning.

Homeschool inspiration: The homegrown pumpkins edition
Next Post: 5 tips for a happier homeschool