The following is a guest post by Heather Woodie of Blog She Wrote.

I was taken by surprise recently at a response to my declaration that we homeschool.

We were at a local qualifying meet for First Lego League and I was speaking to the coach of another team. We were there as a family to support my husband who is a coach and my tenth-grader who is a long time team member competing his last eligible year.

She approached us and engaged my daughter about team participation and was shocked to hear that she was not on a team. It’s not the first time well-meaning people have suggested my “creative to her core” girl should embrace math and engineering. To do anything less would be sacrificing potential.

So, I attempted to divert the conversation and we talked about schools. She is a teacher educator. We both taught middle school. We talked about differences in schools here (New York state) versus Maryland where I  taught.

The conversation took a turn and honestly, I didn’t realize it was all negative until I was in it.

She was appalled that our two robotics teams were entirely made up of homeschooled students. She really took offense at the concept and wanted to know who keeps track of our education. By this time I could see I’d made a mess. However, I assured her that New York does a very good job of requiring records from its homeschoolers.

She kept repeating, “I am very pro public school.”

To which I responded, “Yes, I used to be too.” (with a sweet smile)

Thankfully, she was pulled away. I left and somehow we didn’t seek each other out again.

Why did I not see that coming?

I’ll tell you why. I rarely get anything but positive comments even if the person disagrees with the idea or states they could never do it. (Who hasn’t heard that one?).

As I collected myself after the interaction and reflected on her reaction to homeschooling, I furthered my resolve.

As an educator, there is always an internal struggle between being conventional and being out of the box when it comes to your homeschooling. Always.

When you realize your kids aren’t sitting at a desk and churning out paperwork or working in groups in very prescribed ways, you panic a little and think, “Oh no! My kids aren’t doing enough!” Or “They aren’t doing it the right way!”

Then I have instances like this flustering conversation and I remember what it’s all about.

Someone asked me recently about the goals I have for my kids.  My mind settled on these items very quickly in light of this conversation. What are my goals for my kids? I want them to be:

I have no interest in them being able to follow just what everyone else does or to have to fall in line with minute expectations that are only relevant in a traditional educational setting.

Once you leave twelfth grade, the game changes. My kids need to be able to carry out a task whether they like it or not at some level. However, the environment in traditional education is so orchestrated. Interestingly, most educators don’t think this is the case. But, there is little choice there and little to encourage independent thinking and task completion in conventional education settings. There is barely a glimpse of true collaboration. It’s all prescribed with no room for authenticity. I know because I was there.

So, I’m thankful for the unsettling conversation that day. It was a reminder of the core of our homeschool mission. In the future I will take Kara’s advice and shut down the homeschool fight before it starts, but when it hits me before I know what’s happening I’ll smile and think about my resolve.

The only person that needs to be convinced (more like reminded) of why we homeschool is me.

How do negative comments from strangers or even family further your resolve to homeschool? 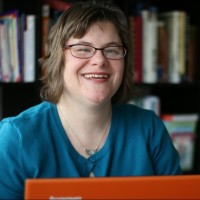 Heather Woodie is a homeschooling mom to her "fantastic four" – two in high school, one in middle school, and one last elementary student. She's a former middle and high school biology teacher who has embraced the independent nature of homeschooling and mentors her children through authentic, student driven projects and learning adventures. You can read about their adventures at Blog She Wrote where she blogs about all things homeschooling.

How to pack for anything
Next Post: Weekend links