The following is a guest post written by Caroline Starr Rose of Caroline by line and the verse novel May B.

What’s the point of historical fiction? Publisher’s Weekly recently ran an interview with Newbery and Newbery-Honor medalist Karen Cushman, one of children’s literature’s most celebrated authors. Here’s what she had to say:

“I think for readers historical fiction is important because it helps them to see beyond the boundaries of their own experience. It helps them to stretch and to see what life is like for others. This helps illustrate both how we are the same and how we are different, and can give readers more empathy.”

As a social studies teacher turned children’s author, nothing fires me up as a much as a well-crafted historical novel. Nothing has made history more personal than the books I’ve treasured in childhood and beyond.

Here are some historical titles worth celebrating, worth sharing, worth reading with the young people in your lives.

In an intense, well-researched tale that will resonate particularly with readers in parts of the country where the West Nile virus and other insect-borne diseases are active, Anderson takes a Philadelphia teenager through one of the most devastating outbreaks of yellow fever in our country’s history.
— Kirkus reviews

My take: I read this book with students during a summer book club. The story is riveting, and the subject matter made for some memorable activities perfect for the weird and wonderful middle-school set (interpretive performances of the stages of yellow fever, anyone?).

THE MISADVENTURES OF MAUDE MARCH
or, Trouble Rides a Fast Horse
By Audrey Couloumbis
Age Range: 9 – 18
“Some days it isn’t even a good idea to get out of bed,” muttered Aunt Ruthie as she stepped out of the mercantile. Just then, a bullet hits her in the heart and kills her, leaving 11-year-old Sallie and 15-year-old Maude orphans once again. Soon thereafter, the sisters are headed west, about to live the adventures Sallie had read about in her dime novels. They are involved in a bank robbery, struck by a headless rattlesnake, attacked by a mountain lion and forced to be on the run when wanted posters featuring “Mad Maude” begin appearing in the newspapers.

What a pleasure to read something just for the sheer fun of the storytelling. Sallie’s fresh and feisty voice, girls dressed as boys, an outlaw with a heart of gold, adventure and humor add up to great family entertainment.
— Kirkus reviews

HEART OF A SAMURAI
Based on the True Story of Nakahama Manjiro
By Margi Preus (Author) , Jillian Tamaki (Illustrator)
Age Range: 9 – 13

In 1841, 14-year-old Manjiro joined four others on an overnight fishing trip. Caught by a severe storm, their small rowboat was shipwrecked on a rocky island. Five months later, they were rescued by the crew of a whaling ship from New Bedford. Manjiro, renamed John Mung, was befriended by the captain and eventually lived in his home in New Bedford, rapidly absorbing Western culture. But the plight of his impoverished family in Japan was never far from Manjiro’s mind, although he knew that his country’s strict isolationist policy meant a death sentence if he returned.
— Kirkus reviews

My take: Adored it!

INSIDE OUT AND BACK AGAIN
By Thanhha Lai
Age Range: 9 – 12
An enlightening, poignant and unexpectedly funny novel in verse is rooted in the author’s childhood experiences. In Saigon in 1975, 10-year-old Kim Hà celebrates Tet (New Year) with her mother and three older brothers; none of them guesses at the changes the Year of the Cat will bring. On the eve of the fall of Saigon, they finally decide they must escape.

In her not-to-be-missed debut, Lai evokes a distinct time and place and presents a complex, realistic heroine whom readers will recognize, even if they haven’t found themselves in a strange new country.
— Kirkus reviews

My take: This book is tender, beautiful glimpse into another culture. Using unrhymed poetry to tell her story, Lai’s spare language reflects the vulnerability of a child thrown into a new world with honesty and heart.

Donnelly combines a mystery with a coming-of-age story about a girl choosing among family obligations, romance, and education. The mystery derives from a true event, the death in 1906 of a young woman in northern New York. In this fictional rendition, 16-year-old farm girl Mattie Gokey is working for the summer at the hotel where the murdered woman has been staying and has given Mattie letters to burn. As the details emerge about the possible murder, Mattie struggles with whether to burn the letters or turn them over to the police. She also wrestles with a deathbed promise to her mother to stay and raise her younger siblings. Mattie, who loves language and excels at creative writing, longs to go to New York City for college, encouraged by a feminist schoolteacher.
— Kirkus reviews

My take: As an author, I was caught up in the sheer beauty of Donnelly’s writing. As a reader, Mattie reminded me of one of my all-time favorite characters, Francie Nolan.

In a cell in Nazi-occupied France, a young woman writes. Like Scheherezade, to whom she is compared by the SS officer in charge of her case, she dribbles out information—“everything I can remember about the British War Effort”—in exchange for time and a reprieve from torture. But her story is more than a listing of wireless codes or aircraft types. Instead, she describes her friendship with Maddie, the pilot who flew them to France, as well as the real details of the British War Effort: the breaking down of class barriers, the opportunities, the fears and victories not only of war, but of daily life.

Through the layers of story, characters (including the Nazis) spring to life. And as the epigraph makes clear, there is more to this tale than is immediately apparent. The twists will lead readers to finish the last page and turn back to the beginning to see how the pieces slot perfectly, unexpectedly into place.
— Kirkus reviews

My take: Unbelievable storytelling. Masterful writing. A beautiful picture of the bond of friendship. I couldn’t leave this story for days after reading.

Two girls of very different degree are brought together unwillingly by the English conquest of Wales.

Cecily is in a pet at having to leave the home of her youth—where her mother is buried—and relocate to the Welsh frontier, but her father is a younger son. He will take a burgage in Caernarvon, recently conquered by Edward I. In exchange for a home, he will help to keep the King’s peace. Cecily hates Caernarvon. She hates its weather, its primitive appointments and its natives, especially Gwinny, the servant girl who doesn’t obey, and the young man who stares at her.

Never opting for the easy characterization, debut author Coats compellingly re-creates this occupation from both sides. It all leads to an ending so brutal and unexpected it will take readers’ breath away even as it makes them think hard about the title.
— Kirkus reviews

My take: J. Anderson Coats started keeping copious notes on the middle ages as a teenager. I know no one with such passion for or knowledge of this era. This book is a masterpiece.

What historical fiction for young readers has left its impression on you? 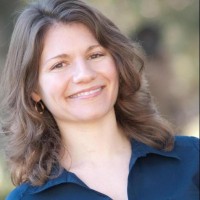 Caroline Starr Rose is an award-winning middle grade and picture book author whose books have been American Library Association Notable, Junior Library Guild, American Booksellers Association New Voices, Kids’ Indie Next, Amazon’s Best Books of the Month for Kids, and Bank Street College of Education Best Books selections. In addition, her books have been nominated for almost two dozen state awards lists. In 2012 Caroline was named a Publishers Weekly Flying Start Author for her debut novel, May B. She spent her childhood in the deserts of Saudi Arabia and New Mexico and taught social studies and English in four different states. Caroline now lives with her husband and two sons in New Mexico. You can find her at http://www.carolinestarrrose.com/.