Written by contributor Heather Bruggeman of Beauty That Moves

Right now I need to believe that having it all together for the new school year is overrated.

Last year I didn’t feel this way. Last year we had freshly sharpened pencils and color coded notebooks. There were fresh dry erase markers and new ink for the printer. By mid-August I had lessons planned for the full month of September. I was a homeschool-prep champion last year.

This September, I am reporting a very different start to the school year.

This year, it’s perfectly fine to do your first lesson of the year in bed… in pajamas. And you know what? Nobody was harmed. Actually, spirits were quite high!

After scoring a 96 on her math assignment, my pupil asked to go outside for a few minutes of fresh air. Even on a very organized, “scheduled” homeschool day, this is something I never say no to  (I take this homeschool freedom very seriously), so off she went.

Yes, on this self-declared not very planned out first day of school, I ushered my daughter outside to play and breathe and run around after only one hour of schoolwork. And you better believe the jammies were still on.

I suppose I should give you the back story. Like most homeschool moms, I began collecting textbooks, ideas, and supplies last spring. I even went to my first Homeschool Convention!

Then summer came, and all things summery seemed far more interesting than reading through early ancient history lessons or counting the multitude of English/grammar/writing/language books I’d accumulated. Aside from one trip up to Oak Meadow, homeschool was not on my mind this summer.

Experiencing that felt a little surprising seeing as my intention was to homeschool through summer. Part of me wishes we had (summer can be rather long for a family that has one car and a 13 year old that won’t touch summer camp with a ten foot pole…), but Emily couldn’t shake her life experience of following a school year calendar for eight years. A rhythm deep in her bones that she couldn’t seem to move past.

What sounded like a good plan in the spring was not something the worked in reality come July. So, we settled into summer. In addition to iced tea, lazy afternoons, and swimming hole searches – I decided to follow my heart and use this down time to squeeze in a little of my own work. Are you someone that ‘works’ on top of the work of being homeschool mom extraordinaire? It’s a monumental feat for sure, one that I’ve yet to master. Oh, but I try.

In the slowness of summer I decided there was enough down time to launch a project for my own work. I knew it would take me (and us) to mid-September, I was okay with that. We would simply start school at that point, no big deal. It wasn’t that late after all.

But what about the prep? I had forgotten about the wonderful place of dreaming and scheming that happens (and requires time and attention). I’m a bit of a mono-tasker, doing one thing really well at a time. There I was running an ecourse and keeping up with the daily work required for that, all the while thinking there’s time… my course attendees will settle in and I’ll be able to shift some attention to homeschool prep.

And then Hurricane Irene came to New England.

Eight days later power was restored on our street. The time spent unplugged put us into a very different mode of living – quite frankly, it was ‘school’ in and of itself! There was a certain beauty to that stretch of days. Aside from the priority of figuring out how to keep an ecourse  running without power, there wasn’t much interest in mucking up the experience with lists and tasks and lesson planning.

In those eight days, it was plain to see how life skills and character building, basic/solid math understanding, and stacks of literature are truly the foundation of an educated person.

Now, here we are well into September, my ecourse is winding down. I’ve located the scattered texts that haven’t been touched since the spring, and we even managed to sharpen a few pencils. There is no literature list as of yet, nor highlighter markers and tabbed dividers – yet somehow we filled a day with learning and experience.

Imagine that, the day shaped up pretty nicely. Actually, it looked quite similar to the days  I spend hours planning and prepping, now that I stop and think about it.

Perhaps the greatest lesson  of the day was for mama – slow down, be curious, take it as it comes.

Sure, now that we’re settling into the groove I’ll have time each day to plan and collect needed materials, but knowing we had a full and rich start to the school year regardless of fancy plans offered peace of mind and reassurance about the bigger picture.

I’ve learned that planning can be great, but going with the flow is essential.

Do you plan every detail or do you like to see where the day takes you? Which approach has a more positive influence on your homeschool? 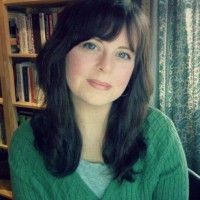 Heather follows the mantra “a life that is led simply and deliberately is a life fulfilled.” She is a dedicated yoga teacher, artist, holistic health coach, mother and wife. Heather’s blog Beauty That Moves is enjoyed by readers for its kind honesty, shared beauty, and simple guidance.