Why I don’t worry about my homeschoolers’ socialization ~
Written by Annie Reneau of Motherhood and More.

If you were to ask the two million or so homeschoolers across America which question they get asked the most, I’m sure most would say, “What about socialization?”

Before kids, I might have asked the same question. Now that our oldest homeschooler is high school age (craziness!), that question seems completely asinine.

No offense, if that’s a question you’d ask. But it’s such a non-issue, it seems like a silly question from this side of the fence.

We don’t homeschool in a bubble.

Our kids take classes and do extracurricular activities with other kids (both homeschooled and not). We’re active in our religious community. We have a lot of friends with diverse backgrounds and kids of various ages.

There’s a lot that I could say about this, but let’s just start with bullying. It’s not like it never happens in the homeschooling community, but it’s definitely much more rare.

Some people think that kids need to be exposed to bullying, that it somehow builds character, but I think that’s bunk.

One needn’t be attacked by a bear to learn basic survival skills.

I think there are very few kids who are able to muster whatever combination of tenacity, thick skin, assertiveness, and sense of self-worth it takes to be bullied and actually come out better for it on the other side.

I think most of the time, bullying is just endured until it’s outgrown. Other times, the outcome is tragic. It’s a huge problem, and one I’m not sorry our kids don’t have to confront as children.

Our kids are learning how to deal with difficult personalities and assert themselves through normal social interactions, which is a normal and healthy way to develop such skills. Bullying aside, who decided that 500 other 13-year-olds are the right people to socialize a 13-year-old?

Kids benefit from regularly interacting with a wide variety of ages, from younger kids to elderly adults. Sitting in a room with 30 other people your own age for most of the day is not reflective of “real world” living.

Traditional school socialization perpetuates a culture of peer orientation, which isn’t one of our goals for our kids.

Our kids have friends. Good friends. And we think that’s really, really important. But their primary attachment is to their family, which is what we want for them.

Not that parents can’t maintain a family orientation with kids in school, but I think homeschooling does make it easier.

Psychologist Gordon Neufeld wrote a whole book about the culture of peer orientation, Hold On to Your Kids: Why Parents Need to Matter More than Peers, that solidified our feelings on this aspect of socialization.

We want our kids to be mentored primarily by parents and elders, not each other.

I’m not generally one to look at the olden days with rose-colored glasses, but that natural order of mentorship is one thing I lament losing in our modern society. A lot of public schooled kids are weird, too

I think what many people mean by the socialization question is, “Aren’t you afraid your kid’s going to be socially backwards?”

I’ll admit it, when I was young, I thought homeschoolers were weird, too. They usually aren’t totally up on pop culture. They often have interests that fall outside of the mainstream. They don’t know all the jokes that get passed around the playground.

Coming from a public school mindset myself, those things used to seem “backwards” to me, too.

But really? I mean, really? Who cares?

All of that stuff is pretty pointless in the big picture. I’d rather my kids find and follow a passion that might not be “cool” than spend their time and energy trying to fit into some kind of arbitrary social mold.

Besides, I’ve known some pretty “weird” and “socially backwards” public schooled kids, too. At least as homeschoolers, our kids can be different without feeling strange or being labeled as such.

So when people ask, “Don’t you worry about your homeschoolers’ socialization?” my response is a simple and confident “Nope. Not in the least.”

I might worry about their study habits or tendency to sleep in too late, but socialization? 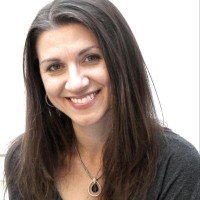 Annie Reneau is a homeschooling mom of three, who somehow convinced her family to store everything that wouldn't fit in their Honda Pilot to travel the U.S. as digital nomads for a year. She writes about the hilarity and horror of motherhood and her family's traveling adventures at Motherhood and More.