Written by contributor Sarah Small of SmallWorld at Home

We really thought he would outgrow it. Eventually he’d start saying “right” instead of “wight” and “guitar” instead of “guitah.” He’d eventually master his sister’s name — Laurel—which is a nightmare for kids who struggle with the L and R sounds.

Both of our boys were born with ankyloglossia, a condition in which the frenulum (that little band of tissue that connects the bottom of the tongue to the floor of the mouth) is too short and tight, thus restricting the movement of the tongue. In other words, they were tongue-tied.

A generation or more ago, it was a common procedure for a doctor to clip a newborn’s anchored tongue.  But for various reasons, frenectomies fell out of favor in recent decades, including the years during which my boys were born.  My sons were born seven years apart in two different states, and both pediatricians maintained that tongue-clipping wasn’t done anymore and that “they’ll grow out of it.”

Our older son had trouble with his L and R sounds, but by age seven, he mastered the sounds completely.  Most likely, his frenulum stretched out on its own. But our younger son continued to struggle.  We regularly modeled correct speech for him in our home, but he just couldn’t seem to imitate our sounds.

According to most milestone charts, the L and R sounds are generally mastered by age 7.  When he was nearly 10 and still struggling, we knew we needed to do something. By this age, his speech should have been clearly understood by everyone around him, without the need of a parental interpreter for many words.

So I decided to start speech therapy with him at home.

I’m a homeschooling mom, right? I can teach anything!

I did a lot of online reading and research, which is what we homeschooling moms do. The homeschooling marketplace is full of books, programs, and guides to home-based speech therapy. I eventually bought a program that was highly rated, one that was specifically geared toward improving the L and R sounds. We got to work right away. I followed all the directions and used every activity.

I was an abysmal failure.

I had never encountered this absolute dead-end before in my teaching career. The truth is, I couldn’t figure out the mechanics of the tongue well enough to explain it to my son. I couldn’t aptly demonstrate to him how to produce sounds correctly.

I had to seek outside help. Gulp!

Like many homeschooling parents, I’m not very good at seeking outside help. We tend to be an independent, self-sufficient lot, right? As fellow homeschooler and speech-language pathologist (SLP) Lisa Scott says, “None of us wants to believe there is anything wrong with our child. But when you are homeschooling, there is the added pressure of fearing that there is something wrong with your child because YOU have failed as a homeschooling mom. We often don’t want to face our fears, so we try to ignore the problem.”

I remembered that one friend in our support group had been an SLP in life-before-homeschooling. She evaluated him and concluded that his tongue needed clipping. I spoke with another homeschooling mom, a lactation consultant, who said that frenectomies were back in fashion and that she often recommended the procedure to new mothers whose babies were having trouble breastfeeding. Ultimately, an ENT physician, in a five-minute procedure (including the numbing), freed our son’s frenulum.

We were making progress!

After ten years of compensating for an anchored tongue, he needed some serious speech therapy.  In our state, homeschooled students are eligible for speech therapy through the public school system, but we didn’t want to go that route for various reasons. We were introduced to an SLP who is also a homeschooling mom, and the magic began.

OK. It’s not magic. In fact, speech therapy is intense work. When Lisa began therapy with our son, he scored less than 20% on his R-specific articulation test. Within 9 weeks, he mastered nearly 100% of the sounds.

I was part of every session, per Lisa’s request. I do not think he could have progressed so quickly had I not been there to hear and see what he was doing wrong and to reinforce the right habits at home. (She said that in a public school setting, he may have taken years to make such progress.)

After just nine 30-minute sessions, he was finished. It was a $450 investment that will definitely rank in the Top 10 of our family’s best financial decisions.

Sometimes we homeschooling parents can’t do it all.

And you know what? That’s OK. Sometimes seeking outside or professional help, whether for some kind of therapy or medical intervention or academics, can make all the difference in your child’s future.

Don’t be afraid to reach out for help!

As a homeschooling parent, are you reluctant to seek “outside help” for your kids, whether academically or in another way? 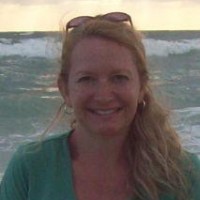 Previous Post: « Burnout is inevitable, so plan for it.
Next Post: Waldorf Homeschooling: Learning to Let Go »