A note from Jamie: Today I have parental bragging honors! I hope by sharing my son Jonathan’s (age 14) post you will be encouraged. It shows what can happen when you fill your kids early years with good books–it eventually translates into a young adult with ideas to share! This is one of his first writing efforts (with Mom as coach), & it won a competition for TJEd High last semester–#proudmama–enjoy:

I carefully walk down the dark stairs, flick the switch, and light floods the kitchen. I cut a thick slice of Daddy’s homemade bread, head towards the refrigerator, and take out the butter. When the bell on the toaster rings, I slather the bread with a thick layer, make my way to the living room, and reach for the paperback on the shelf.

I love waking up, knowing that my favorite book series–and a piece of toast–are just seconds away!

From fire-breathing dragons to evil dark lords, I have a front-row seat to one of the best adventures I’ve ever experienced, alongside an 11-year-old boy named Harry Potter.

This unexpected classic has taught me key life lessons that I will take with me forever. I’d like to share three of them with you:

1. The Importance of Being a Loyal Friend

Through Harry Potter, I’ve learned that friends stick together even in the darkest times. I have seen characters refuse to give up on each other and continue to trust one another, even when it comes at personal cost.

For example, in Harry Potter and the Sorcerer’s Stone, Harry and his friends help an endangered baby dragon escape from their school. In the process, they lose 150 points for their school House, Gryffindor.

Everyone turns on Harry except for his friend, Ron:

“Only Ron stood by him. ‘They’ll all forget this in a few weeks. Fred and George have lost loads of points in all the time they’ve been here, and people still like them.’”

Like a true friend, Ron encourages Harry that things will get better. This inspires me. Even when others turn against my friend, I still want to be there to support him. 2. The Importance of Fighting for What You Believe In

Whether it’s Harry on the front lines of battle, Professor Dumbledore’s calm presence as he mentors students, or Hagrid the Gamekeeper who, after being falsely accused of a crime, continues to fight for freedom, many characters set an example that I want to follow.

Dumbledore sums it up in Harry Potter and the Goblet of Fire, when he says,

Fighting for what you believe in doesn’t always mean a physical battle, though. Through my study of the Bible, I’ve noticed that Jesus often chose to do the right thing, even when it wasn’t easy. He fought for what he believed, but not with a sword.

In the Garden of Gethsemane, he asked God if there was another way to save humanity, possibly one that didn’t involve such suffering. But he went on to tell God, “Thy will be done.” He didn’t have to die on the cross; he did it out of his great love for us.

3. The Importance of Not Giving Up

There’s always a chance for good to win, unless we give up hope. In the latter part of the Harry Potter series, certain characters think that evil has already won and wonder if they should just accept it and move on. Fortunately, Harry, Ron, and Hermione, even while occasionally struggling with doubts and fears, persevere in their efforts to destroy the Dark Lord Voldemort and end his regime.

No matter where we find ourselves in life, we have opportunities to practice endurance and not giving up.

Once when I attended a nature class, the mentors chose a difficult project for us to work on. They asked us to construct our own pack frame, a Viking tool similar to a backpack. The process took nearly an entire semester, and involved heating sticks over a fire without burning them, then bending them around a tree while still warm.

After that, parts needed to be carved, shaped and attached to the frame in a specific way. It was hard, but I kept going. Now I look back with pride, knowing that I didn’t quit. Some people have concerns about Harry Potter because of the magic and wizardry in the novels. John Granger, a homeschooling father and teacher of the classics, felt that way too.

He began to read the first book so he could explain to his daughter why she wasn’t allowed to do so: “I wanted to be able to point to specific passages so she could see for herself why we don’t read such trash; no matter how popular it might be.”

But the quality of the writing, the symbolic imagery, and the spiritual truths he discovered completely changed his mind. He shared his experience in his book Looking For God In Harry Potter:

“The Harry Potter novels, the best-selling books in [modern] publishing history, touch our hearts because they contain themes, imagery, and engaging stories that echo the Great Story we are wired to receive and respond to.”

If you’re skeptical about Harry Potter as well, I encourage you to give the series a try and see what lessons you encounter. Maybe you’ll find, like me, that they become life-changing books similar to The Hunger Games, Narnia and The Giver.

It’s been said that the best books instruct while also delighting, and this unexpected classic does both.

Suddenly I realize that my piece of toast is long gone, and it’s time to get back to reality. I reluctantly dogear the page and start getting ready for my day. I’ll return to my reading as soon as a I can. And no matter what challenges come, I know I’ll face them with courage, these life lessons by my side. 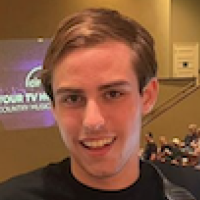 Weekend homeschool links
Next Post: Kara’s homeschool day in the life (with a 12- and 15-year-old)