As a Waldorf early childhood teacher, and the mother of two young musicians, I have been asked many times over the years what the ideal age is for a child to begin music lessons.

I’ve been asking myself the same question for as many years. In my quest for an answer, I have asked many music teachers and experts.

As a young mother I became familiar with the Suzuki method of music instruction, in which children as young as three or four begin to learn an instrument. When my children started music lessons—older son Harper played piano, young son Will played cello—I chose Suzuki teachers for both of them, and as a result have become a strong supporter of Suzuki methods.

Because I am also a Waldorf teacher, I was struck by the many similarities between Suzuki and Waldorf education.

Just as speech precedes reading in language development, Suzuki students learn to play music before learning to read notes. Learning to read music should not be attempted before the child is able to read language, since the same skills are needed and may not yet be developed in a young child.

In his book Nurtured by Love, Dr. Shinichi Suzuki describes a philosophy of education very similar to that of Rudolf Steiner, founder of Waldorf education.

Dr. Suzuki stresses that it is more important for a child to strive to become a beautiful human being, than the most perfect musician. When a child is experiencing beautiful thoughts and feelings, he will produce beautiful music.

Steiner also felt that developing a child’s inner life to become a full human being, was more important than filling a child’s head full of knowledge.

In both methods, process is more important that product.

Another similarity in approaches is that both Suzuki and Steiner felt that being able to play music was the right of every human being–not just for those with “talent.” In Waldorf education, all students learn to play music, starting with a pentatonic wooden flute in first grade, graduating to a stringed instrument (usually violin or cello) by fourth grade, and, in some schools, brass or woodwind in the upper grades.

The primary disagreement between the two philosophies is about the age at which a child should begin music lessons.

Suzuki students sometimes begin violin lessons as early as age two or three. By contrast, students in a Waldorf school do not begin string instrument lessons until the age of nine or ten.

My personal feeling is that Suzuki, for many children, starts too early, and that Waldorf schools start too late. Based on my own observation and research, I have come to the opinion that the age of seven is a good time for most children to begin private music lessons. Seven is the ideal age for a child to begin formal, academic learning. The first seven years of a child’s life are a period of intense physical growth. After this period, all the energy that has been previously used to help the child body and organs to develop are now freed up for more cognitive learning.

A child of seven is better able to sit, focus and do desk work than a younger child. So it makes sense to be that a child over the age of seven would also be better able to focus on formal music lessons, and to practice.

It is unnatural for a child under seven to be asked to sit and practice an instrument daily, even if the practice sessions are short and playful. Children under seven need to be moving, playing and engaging their imaginations without the pressure of practicing, or even worse, performing and feeling the need to please others.

I recommend waiting until a child starts showing an interest in learning to play an instrument before offering private music lessons. Children are more likely to be motivated when there is a genuine interest. For most children, this rarely occurs before the age of 5-7.

Of course, there are some children who are musically gifted, and may prove to be prodigious musical students. If your younger child is insistent on learning a particular instrument, listen to them and take advantage of her interest!

If you do decide to pursue musical instruction for a child under age seven, I strongly suggest you find a Suzuki teacher who, like Waldorf teachers, will teach out of imitation, use repetition, and present lessons in a playful, imaginative way.

How Can I Encourage My Child’s Love of Music?

The most important thing a parent can do for a young child at home is to expose them to lots of music, especially the human voice. Sing with them and to them all the time–even if you think you can’t. Your child will not be critical, and will appreciate your effort more than you can imagine. It is also important for children to hear live music being played. In this way they will learn that music is something that human beings make, and are not just sounds that come out of an electronic box.

Research indicates that listening to music early in life is what develops a child’s musical ear. So no matter if or when a child starts lessons, having been exposed to many types of music and tonalities early in life will develop his ear and make it easier to learn to play an instrument later.

Sera Jane Smolen, Ph.D., a cellist who has taught music in a Waldorf school and wrote a thesis comparing Waldorf and Suzuki, told me that no world-class musician (think, Yo Yo Ma or Emanuel Ax) ever started lessons later than the age of five. This statement may give you pause. But then she asked me, “Is our goal to raise world-class musicians, or Martin Luther Kings?”

Do you want to produce a prodigy, or do you want to nurture a love of music in a child who may fulfill Dr. Suzuki’s vision of bringing world peace through music?

Are your children taking music lessons? What instrument, and at what age did they start? 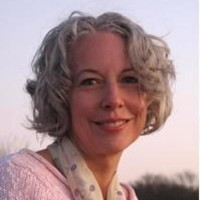