The following is a post by contributor Cheryl Pitt.

It’s that time of year again! It’s the time when hordes of parents ponder, pray, and agonize over whether or not to homeschool.

I can hear the collective sizzling of mental snyapses frying under the weight of the decision. I understand of course. It’s not an easy decision to make, or one to be taken lightly.

I was a teenage mom. I had my first child at 17. When we began homeschooling, I was the ripe old age of 22.

At 22 you think you know everything. Naturally, I wanted to impart all my earthly wisdom to my son. I didn’t agonize much over the decision. Homeschooling was something I felt was right, so I was going to do it! I jumped directly into the deep end of the homeschool pool without much thought.

Now, 13 years later, I’m a little older and wiser…wise enough to wonder what on earth I was thinking. The last few days I’ve been appalled at the prideful and blase way we began our homeschool journey. After all, homeschooling is a big deal. Right? After a few sleepless nights, and many “thank you for getting us through this” prayers, I realized maybe it’s not such a big deal after all. Maybe my pride was not so much in deciding to homeschool.

Perhaps my true pride was in thinking the public school system had everything so right, that trying homeschool (even for a year) could be catastrophic.

G.K. Chesterton said “Anything worth doing is worth doing badly,” and I think he was more right than he could have imagined.

Is it a big deal if we stumble? Does it really matter if we fumble a bit while finding our homeschool groove? It’s not (the perfectionist inside me is screaming YES! Yes it’s a HUGE deal!!) a big deal at all.

Public school is a great fit for some families, but even in the best of public schools there will be gaps.

You aren’t filling a well, you’re lighting a fire. Recently, I heard of a mom whose child struggled terribly in public school. She brought that child home and she thrived!

I ask you: Please, don’t be that mom.

Because you know what? Failure is not the end of the world.

Failure is simply an opportunity for improvement.

In what ways is homeschooling a big deal or not such a big deal in your home? 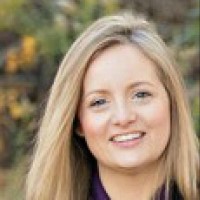 Cheryl has been homeschooling since 2001; she home educates 5 children from baby to teen. She is a brand consultant and avid social media user. Her heart for strong family values and the companies that promote them, led her to found the 2:1 Conference - the only conference for homeschooling parents active in social media. You can find Cheryl at her blog Cheryl Pitt.

What I would tell myself about homeschooling …
Next Post: Weekend links