Written by Shawna Wingert of Not The Former Things

When we first started homeschooling, I thought I had a pretty good idea of what we needed to do in order to be successful.

The summer before we began, I talked incessantly about focusing on my boys’ interests and creating project-based activities to help them learn.

Then the school year started.

We did all the things I had in my head. We created a mock-business complete with a profit and loss statement for math. We dissected a fish and studied its eyes. Wednesday were library days and Fridays were for art.

We did all the learning projects I had planned, but two things inevitably happened:

Either way, it did not feel like a success. In fact, most of that first year felt like one big failure.

Defining success in our homeschool was so very difficult in the beginning. We eventually settled into a routine. I was a little less starry-eyed and my boys were a little more practiced in learning from mom at home. But slowly, as my boys grew older and approached the middle and high school years, I began to feel the same discomfort as that first year.

Academics seemed like just the beginning. The social pressures and anxieties, the growing learning gaps in my youngest son’s abilities, the expectations of conformity, my children’s mental health – these all seemed to pile on as additional and equally important measures of success.

In order to be successful, I knew I needed to work one-on-one with my youngest on his reading skills, but to my dismay, I failed all the time at consistently requiring him to practice. Moreover, his reading progress was slow at best.

I prided myself on shielding my kids from the bullying and peer pressure, but also worried that I was sheltering them too much. Everything that was good about our homeschooling also felt like a potential drawback to our homeschooling.

Homeschool success suddenly seemed much bigger than it had when they were younger. But as before, I learned to adapt and my kids did too. We settled in to the new expectations that come with middle school, and now high school for my oldest. I stopped beating myself up as much and we continued to learn in the best way we all knew how.

Then, about a month ago, my youngest son began psycho-educational testing for his learning differences.

The testing was completed by an educational psychologist, a speech therapist and an occupational therapist in our home.

It was amazing to have them come to us and to be able to eavesdrop on the testing.

And it was awful to have them come to us and be able to eavesdrop on the testing.

The very first test required my son to write the numbers 1-9 and the upper and lowercase alphabet. He’s 12. It took him almost 30 minutes.

When they took a break, I looked at his work and took the picture above. He’s been writing his numbers since he was three years old. Nine years of practice and the 2 and the 3 were backwards.

It got worse. The more they tested, the more I became convinced of my own inabilities and failures as a teacher and a mom.

I overheard the conversation about math concepts and cringed. The speech therapist asked him to form a question with certain words, and my sweet boy was not able to do it.

The evidence of our lack of success in homeschooling was mounting before me, all in the span of three days. At the very end of the testing, on the last day, the evaluator handed me a test booklet with the words “Self-Perception” in bold across the top.

“I am not sure he will be honest with me if I ask him these questions, ” she said.  “We want to get an accurate understanding of his own sense of self. This test is a measure of that and is used to identify children at high-risk for deliquency, teenage pregnancy and other maladaptive behaviors. I am not worried about your son at all, but am interested to see how he answers. He seems so confident and comfortable in his own skin, but with his level of needs, it would seem likely that he has some concerns.”

Later that night, I asked my son the questions, holding my breath and a little terrified of the answers.

As we worked through them, my heart began to un-clench.

I give up easily.  No

I am good in my school work. Yes

I cause trouble to my family. No Even after both of my boys have graduated, I am not sure that I will be able to accurately define “homeschool success.”

I have learned that the definition changes, depending on our children’s needs and our own abilities. It looks different in every season and I think it should.

For today, this is my definition –

My sons are learning to be in the world, just as they are, without being ashamed of who they are.

No matter how successful we are, I am grateful for the opportunity to walk beside them.

Do you think the definition of success in our homeschools changes over time? How would you define it today? 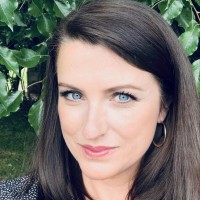 Shawna Wingert is a special education teacher turned writer, speaker and consultant. She is also a homeschooling mom of two brilliant boys with differences and special needs.
Shawna has written four books for parents of special needs – Everyday Autism, Special Education at Home, Parenting Chaos and her latest, Homeschooling Your Child With Special Needs. She has also been featured in special needs discussions on Today.com, The Mighty, The Huffington Post and with Autism Speaks. You can find her online at DifferentByDesignLearning.com.