The following is a guest post by Jamie McMillin of Legendary Learning.

Every parent’s fondest hope is that his or her child will be successful in life. We don’t want to brag … but we really do. Right?

I suspect this urge is especially prevalent amongst homeschooling parents, because we have presumed to know better than the official public school system how our children should be educated.

What if we’re wrong? What if the whole thing was a big mistake? The stakes are high. Society is watching, so we really want to prove that we did a good job.

The problem is that the indicators society typically uses to measure accomplishment are not very useful for predicting true success in life. Things like grades, test scores, contests, and college admission are only useful for comparing students to standards picked by society.

But if you think about the people in this world who are truly happy, or who have made the greatest contributions to society, you’ll realize that those people did not do what everybody else expected them to do.

They were not conformists, but innovators.

Novelist and philanthropist Pearl Buck was way ahead of her time with her efforts to confront racism and the plight of impoverished Asian children.

Thomas Edison was notoriously headstrong and independent, as were Teddy Roosevelt, George Patton, Margaret Mead, Ben Franklin and many others.

Walt Whitman scandalized (and enthralled) the nation with his groundbreaking free verse poetry.

These people did things worth doing. They didn’t do what everyone else told them to do.

It takes a heap of hutzpah to shake off traditional expectations and follow one’s passion.

If no one else has done something, it’s too easy for critics to say it can’t be done, or too weird to be allowed. That’s why so many children get steered into nice, “normal” careers that offer financial stability, or groomed by competitive Super Moms who channel their own ambitions through their offspring.

There is nothing inherently wrong with these things … unless a child’s true potential has been squandered in the process.

It’s fine to listen to the advice of experienced educators and parents. It is good to do your research, ask questions, and pay attention. But no one else knows your child like you do, and there has never been, nor will there ever be, another child just like yours. Photo by pettifog gist
As a four year old, Alexander Graham Bell used to sit in a field to try to hear the wheat grow. He was fascinated by sound and voice. But his father wanted him to learn Latin and Greek so he could go to college and “be successful.” Where was the future in studying sound?

No one could have predicted that someday Alexander would invent the telephone. It had never been done. Fortunately, circumstances allowed Alexander to continue his studies and experiments until he earned the success that only authentic passion can achieve.

Our kids don’t have to invent amazing devices, cure cancer or become humanitarian heroes to be successful. I’ve used examples here of people you probably have heard of to make my point, but most of the great people in this world never have books written about them. They may only be recognized by the people who know and love them, or by the people they have helped.

Greatness doesn’t have to be flashy. It could be something very humble and simple.

For instance, naturalist John Burroughs spent most of his time outdoors, quietly observing, writing, and avoiding the limelight. But his books and essays gently influenced thousands of readers, raising awareness for nature conservation across the country.

The important thing is to allow our kids the freedom to explore their own interests, wherever it may lead. Don’t force them to fit into anyone else’s “scope and sequence,” even if that means they won’t score so well on the standardized tests. Better yet, don’t take the tests at all if you can avoid them. Henry David Thoreau expressed this idea well when he wrote in Walden:

If a man does not keep pace with his companions, perhaps it is because he hears a different drummer. Let him step to the music which he hears, however measured or far away.”

We all have different talents to bring to this world, and our best measure of success should be how well we developed and expressed those talents. Of course, we all need to know how to learn and live and get along, but it is no use struggling to meet other people’s expectations if we lose ourselves in the process.

So what should you do when you hear about other kids scoring 2400 on the SAT? Or winning the state science fair? Or graduating high school at age 14?

These things are great short-term achievements, but they do not necessarily indicate that the student has found his or her passion — or ever will. Keep that quote by Thoreau taped above your kitchen sink, and have patience.

Help your kids find the resources they need to feed their interests. Teach them to learn and live and get along, but give them free rein to be themselves.

Have faith that over time, their inner drive and curiosity will flourish and mature into something wonderful — and that will truly be something to brag about.

How will you know that homeschooling has been successful for your family? 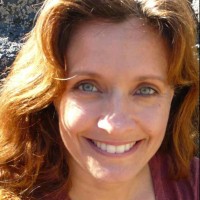 Jamie McMillin homeschooled her two oldest children, now university honors students, from K-12 and her youngest from K-8. She is the author of Legendary Learning: The Famous Homeschoolers’ Guide to Self-Directed Excellence. For more info, please visit her blog Legendary Learning.