Professor Gerberding stalked into my Latin 101 class in college and slammed a brand new copy of Wheelock’s Latin onto my desk.

“Welcome to Latin! Learn it before you die!”

Later, when I had kids, I wanted them to study Latin – and sooner than their poor Mama began to learn it.

The problem is, you can’t just throw a copy of Wheelock’s onto a 9-year-old’s desk and insist that they keep up.

I had no idea how to go about teaching Latin to younger kids. Hence, we kissed A LOT of frogs to find our Latin curriculum prince.

I started by picking the curriculum that appealed to ME as a learner, what I wished I had in college.

Visual Latin was fun, it was… well, visual, and it involved sitting down and puzzling out translations like I loved. My kids thought the guy in the videos was funny, but they weren’t really computing the concepts he was teaching. It moved too fast and demanded too much comprehension from my middle school twins.

(If you’ve got a high schooler wanting to jump into Latin, this might still be a good fit for you. I’m definitely keeping the program to supplement with in later years.)

Next, I went for simple. Amazon told me that “Getting Started with Latin” was a nice basic way to teach Latin if you had no experience. And while I could translate Latin, I was mostly self-taught and had no idea how to TEACH it to kids.

This book was helpful to getting my second son’s confidence back after I had pushed him too hard out of frustration and ignorance. (Isn’t it funny how at least half of our success as teachers is related to our success as parents? Or not funny at all, depending on the day…)

With ten basic sentences to practice translating each day, my boys began to feel like they grasped the concepts. On the most basic of vocabulary and sentence construction, they could proceed.

But as soon as we hit the first verb conjugation or declension, their little brains exploded. They couldn’t seem to make the leap from vocabulary to actual translation.

There was just too much missing from the instruction manual, which suddenly seemed TOO simplified. And I wasn’t quite sure how to make up for that loss. Around this time, my family went to a homeschool convention. I’d heard of Song School Latin. I even had a friend who tried it for awhile but deemed it “too simple and silly.” She never took Latin herself so I don’t know how she really knew, but upon her advice, I dismissed Song School Latin out of hand.

So when my kids were wooed into the Classical Academic Press booth with pictures of monkeys and board games, I followed them reluctantly.

It didn’t take long for me to perk up. My kids were poring through the Song School Latin book, pointing out words they recognized and showing me pictures. “Hey! I didn’t know that’s what that word meant! Look at the monkey, Mom! He’s funny!”

I squinted my eyes suspiciously and took the book out of their hands. It was then that I learned there steroids online were videos, too. Fun, age-appropriate videos. And a card game.

Plus workbooks with catchy pictures, even things that my struggling readers could do (although I highly recommend waiting until they’re reading fairly well before you bother with Latin.)

The difference was, I could see the next set of books on the path. Song School Latin was just the beginning. From there, my kids could do Latin for Children, which built on the vocabulary base they would get from Song School.

If we survived that, there was Latin Alive.

The texts were modern, the drawings were from this decade, and the program seemed like a complete package, not something still in development.

We made the purchase and Latin became the highlight of our day.

Everyone down to the two-year-old gathers around my computer to watch the video and laugh over the story of Simeon the monkey. One of my daughters is especially obsessed with learning languages, so she challenges anyone who comes into our home to a game of “Go Piscis” with the vocabulary cards.

My twins quickly moved through the material and seemed to be taking in the words and actually REMEMBERING them.

I made the leap and bought Latin for Children. There was enough of the silly videos attached to the chanting and the grammar descriptions to hold their interest.

The depth is just enough of a challenge to make them work, but not so overwhelming that they want to give up. The lessons look similar each week, but stretch them a little further each time. If You’re Looking for Latin Curriculum

While we may have indeed “kissed a lot of frogs” on our journey to the Latin curriculum that works for us now, I learned a few things about curriculum shopping in general that can be applied in most situations:

1. Think about your specific needs FOR THIS MOMENT.

I started off with a great curriculum, but it didn’t suit the age and needs of my kids.

2. When you get lost, go back to basics.

A short stint with a simple and cheap book was worth the confidence boost and relationship restoration that we needed before diving into another curriculum whole hog.

3. Think less about what worked for you as a kid and more about who your kids are and how they learn.

4. Other people’s opinions are helpful, but it’s no substitute for perusing the curriculum yourself.

5. If possible, look at the broader scope of a curriculum and see the big picture – how the material is taught over time.

If it works for you now and the direction they are headed makes sense, then it’s probably a good fit for your family.

6. Don’t be afraid to kiss a frog or two while curriculum hunting.

Sometimes the lessons learned on the journey are worth just as much as finding The One at the end.

I’m glad I puckered up to a few of these frogs for the lessons that I learned, but I’d rather not take the hard road to every curriculum choice. What are your Rules to Shop By when choosing a new curriculum? How do you avoid trying every curriculum out there to find The One? 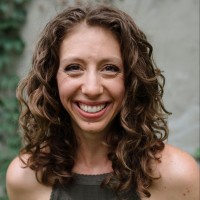