Written by Purva Brown of The Classical Unschooler

We delved into Algebra this week. I had mixed feelings about it. On the one hand, I had been looking forward to it for years. I was one of those kids who actually enjoyed algebra in school.

On the other, I was dreading the tears that would inevitably follow learning any new math concept – or so I thought.

Imagine my surprise then, when after some work, my daughter said she understood. In front of my (saucer-eyed, I’m sure) gaze, she then proceeded to solve a few easy problems substituting numbers in place of letters. Best of all, there were zero tears.

I was surprised, but I shouldn’t have been.

After all, we have been using the half step method within our “classical unschooling” approach for years.

Classical Unschooling & The Half Step Method

Okay, so this isn’t an official method. I just coined that phrase and I’m sure you’ve been doing it in some capacity since you’ve been homeschooling. I just want you to be intentional about it.

Let me give you an example with reference to double digit multiplication. This comes to mind because my third child – aged 8 – is currently working on it.

So what do we do? We break it up. Into small steps. My eight-year-old, in the example above, specifically had trouble understanding where to place his numbers.

Going from single to multiple digit multiplication, there were suddenly a lot of numbers he was dealing with – the extra zero, the carry overs and the fact that the units, tens and hundreds place didn’t align for the second line of numbers like it always had up until this point in his brush with math.

So we went back half a step.

I wrote down multiple digit multiplication problems for him with no carry overs. We are currently working through this. Once he gets it, we will move on with numbers that require carry overs.

At this phase he is already well versed in his tables – we have done those separately and perfected them with flashcards over time. Why I Hate Most Math Curricula

I came up with this method after being disillusioned with most math curricula on the market.

“I need more practice work!” I remember saying to another homeschooling mom.

“But why not move on if the child has already got it?” she asked.

The current debate in math curricula seems to center around using mastery or a cyclical approach as the dominant style of teaching and learning.

I’m not sure which side I’m on, because I think both miss the point. In my experience, most math workbooks introduce a concept, give you basic questions to answer and then make the numbers bigger before you have established second nature competency.

I have always said that math is something you should be able to do in your sleep. In my experience, most math curricula on the market prevents that rather than helping that along. They go for too much too quickly. Full Steps Up Ahead!

The best thing about doing math with this half step method instead is that it actually saves time.

Instead of revisiting a concept that hasn’t become second nature and then having to go back over it before moving forward, this half step and practice, practice, practice approach makes for much more pleasant days.

And although some days the practice seems like mere busy work, it is mostly effortless and gets done.

This helps us move forward boldly because the basics are solid. Repetition is the mother of mastery. After all, that is the classical part of classical unschooling. (afflink)

If that makes me less of an unschooler, so be it. I’m in this for my children, not for any homeschooling ideology anyway. Have you discovered a method of teaching something in your homeschool that works so well for you, you want to shout it from the rooftops? Tell us about it in the comments! 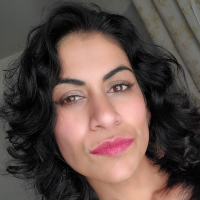 Purva Brown is a writer and homeschooling mom to three. She writes on a variety of topics across many genres and lives with her husband in Sacramento, California. Her most recent book is The Classical Unschooler. She blogs at PurvaBrown.com.