I pull the comforter up over my head, hitting snooze on my phone alarm while simultaneously knocking the puppy’s scratching paws off my chest.

And roll back over.

The puppy is relentless, though, and I hear giggles coming from downstairs, so I reluctantly drag myself out of bed, throw on a sweatshirt, slide into my slippers, and head toward the waiting coffee pot.

After 22 years of marriage, my husband still makes me coffee every morning and loves me despite my night-owl and morning-loathing ways.

On the way down the stairs I hear the 7yo chatting happily away in the kitchen to his sister who is walking away from him.

She meets me at the foot of the staircase, already donning her winter boots and coat, and holding the leash. She’s on morning puppy duty — and loves it — so she’ll take Bellatrix LePug out for a potty and romp in the snow while I caffeinate.

I’m not a morning person, and though I’ve tried and tried throughout the years to “fix” myself, I’ve resigned myself to the fact that I’m just not wired to be cognizant before 9:00am.

My kids WILL survive. (Non-morning mamas — yours will, too!) Logan (that sweet 10yo) is back in from taking the pup out, and Bella wants to play, so they head for the tennis ball pile in the family room while I pad my way into the family room to light a fire in the fireplace.

Isaac is playing with the playdough and loose parts I strewed out the night before. We are loving our slow, lazy mornings this January as we’re coming off an incredibly hard season.

Because of that season, we haven’t actually started any kind of regular school routine this year.

On our annual “not back to school day” in September where we go for donuts, then play board games at the park on the school district’s first day back, I went to bed feeling a little “off,” but excited to start our school year the next day.

I had set everything out — their “must-dos,” books, and all the games we’d planned to play. (My kids usually have a list of “must-dos” each day that consist of math, reading, and writing activities. They’re kind of the minimum things I need them to do so that I can feel like we’ve been moderately successful, even if we go off on multiple rabbit trails that day.)

Then I ended up in the hospital with severe abdominal pain and diverticulitis.

Over the next several months I struggled with my health, the death of my father-in-law (and the kids’ favorite grandparent), a move, and several other things that were minor in comparison, but seemed bigger at the time.

Guess what, mama? Even when times are tough and you need to pause everything for a bit, it’s okay! Things will be fine.

The coffee is kicking in and the younger two are starting on math — we’re easing back in with math workbooks, a bit of handwriting, and some cozy fireside reading this week, and will add in history and an anatomy unit study next week.

I head up to take a quick shower before waking the bigger two. Some of my greatest friends tell me that staying in their pajamas all day is their favorite thing about homeschooling and, while I’m happy that they can make that choice, I know myself.

If I stayed in my pjs all day long, I’d nap. I need the water and steamy shower to clear the cobwebs in my brain, and so I take one every morning. Molly follows me downstairs to make herself tea, while Trevor grumbles and flops over. I’ll head back in a bit to wake him again. and again…

The little two have already eaten as they tend to feed themselves while I drink my coffee — yogurt with granola, muffins from the freezer, fruit, quesadillas, or whatever leftovers we have in the house. I check their work and Molly chops up veggies for us.

I send Logan and Isaac off to play on their kindles after having them clean up the stuff I’d strewn out for them, and help Molly make breakfast for the two of us.

I strew things out each night so that when I sleep later than the kids, they have something other than technology to entertain them.

Molly is working on a play for a local playwright contest, so she’s click-clacking away at the keys of her laptop, and I head back upstairs to wake the teen (again).

This time he gets up, mumbles something, and heads downstairs to fill up his coffee cup. I don’t really mind the incoherancy — he’s kind of like his mama.

Trevor barely says a word to anyone before heading back upstairs to jump in the shower and get to work.

He’s actually been done with regular high school “requirements” since last year. If he was ready or had a desire to go to college right now, his transcript would hold, but he didn’t want to graduate early when we talked it over with him last year.

Instead, he launched a freelance podcast and video editing business and is thriving. He takes an online live trig/pre-calc class because he loves the teacher and I want him to keep learning if he’s still “homeschooling” and he attends one class a week at our co-op so he can see his friends.

Today he has client work — four podcasts, video editing for an online course creator, and video creation for a homeschool curriculum company. We’ll only see him at mealtimes.

I go to my office to get some of my own work in while everyone’s occupied. We all gather at the table for a late lunch, an audiobook, and a game (or three).

Trevor plays one round of SET, and then heads back up to work. The other three kids and I play Dixit, SET, and Organ Attack (afflinks) while listening to “Where the Mountain Meets the Moon,” our current audio book.

I have a podcast to record, so the kids are all banished to their separate spaces — Logan takes the puppy to snuggle with while she reads and plays with her Calico Critters.

Isaac plays LEGO while telling Alexa to play all the Perry Gripp songs. Molly goes into her room to connect with her two bffs to play online games with them while chatting on Facetime. Trevor is still editing.

Podcast is wrapped up, Isaac, Logan, and Bella are outside romping in the snow, and Molly and I are making dinner together.

She’s between shows right now, which gives us white space in our calendar that we normally don’t have when she’s rehearsing 5-6 nights a week, so we’ve subscribed to HelloFresh. Dad’s home, dinner’s ready, and everyone is starving. Molly serves and everyone tells Dad about their day — simultaneously. It’s always loud here.

For the rest of the evening we’ll do a little of this and a little of that. A few more games, some reading, cuddles on the couch, tennis ball fetch with the  pup, and conversation.

We really are in a period of healing, regrouping, and finding a new normal.

My husband will work the younger two through baths while I sit with Molly for awhile so she can tell me everything that’s going on in her pre-teen mind and in the lives of her friends.

She’ll take a shower, then settle in her mess of a room and read and write some more. And my husband will head to bed once the younger three are all settled.

Trevor will work until about midnight, and so will I — we both think best late at night — and then he and I will chat for about an hour. He’ll tell me all about his client work, ask me to help him troubleshoot something, or tell me what he wants to buy (he’s always thinking of new tech he “needs”).

It’s silent for the first time all day, after all.

I’m grateful for this slow time as I know it’s fleeting.

Molly has a benefit coming up where she’s performing in a “Jim Henson Tribute” cabaret to raise money for a local theater company, she’ll be performing as Pooh Bear in Winnie the Pooh the Musical in March, and has an audition coming up next week for a play where there’s only one child role — and plenty of competition.

Convention season is coming up, so I’ll be traveling to speak around the country (will I see you?), and Trevor will be traveling with me to many of those. Logan will be starting private art lessons and Isaac is begging to play baseball.

Things will get as chaotic as they were in my last “day in the life” post very, very soon, and my days will change again. The best thing about homeschooling is the flexiblility, I like to remind myself.

How has your routine changed year to year (or month to month)?

My, how the days have changed: 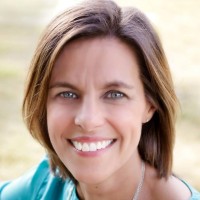